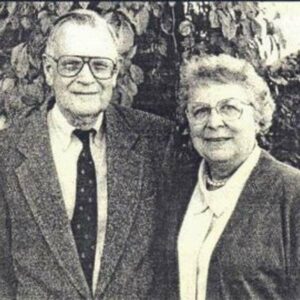 The Headleys made a tremendous impact as dedicated volunteers and generous donors during their lives here in Northfield. They continue to make a huge impact in our community today through their legacy gift. The Marston Headley and Dorothy Stone Headley Fund was the first undesignated endowment to Northfield Shares. As an undesignated gift, the Headleys gave the foundation the responsibility and trust to grant out the fund earnings to organizations and programs they believe will honor the Headleys’ lives and make a lasting impact in Northfield.

Since 1999, the Marston Headley and Dorothy Stone Headley Fund has provided more than $347,000 in grants (as of January 2020). The funds given by the Headley family have touched nearly every aspect of the quality of life we enjoy here in Northfield – programs that help and enrich the lives of youth, seniors, people with disabilities or low incomes; activities that build community and understanding; education and opportunities which help people help themselves; access to healthcare and advocacy; sports and recreational activities; art and beautification; small business learning; tangible items like a defibrillator for the ambulance service, a drinking fountain for the soccer fields, or repairs and maintenance of our iconic popcorn wagon on Bridge Square. Even after all those grants, the original gifts have grown and will continue to yield earnings which will benefit our community today, tomorrow and beyond.

Thank you, Marston and Dorothy Headley!

An article in the Northfield Area Foundation’s 2009 Annual Report provides some history about the Headley Family:

Marston Headley was born in Northfield in 1917. He graduated from Northfield High School in 1934.

Marston and Dorothy Headley moved to Northfield in 1965. Marston graduated Phi Beta Kappa from Carleton College in 1938. His father, Leal Headley, was a long-time member of the Carleton faculty. His mother, whose maiden name was Harriet Marston, was a native of San Diego, Calif., where her family had headed a very large department store. One could compare them with the Daytons of Minnesota. She went back to California in her old age when she was a widow and lived well past 100.

Marston went on to Harvard where he earned his master’s degree. His years at Harvard were interrupted with four years of service (1941-1945) in the U.S. Army during World War II.

Later he attended Harvard’s law school. But much of his time in the Eastern states he taught political science at Wilson College in Chambersburg, Pa.

It was at Wilson that he met Dorothy Stone, who was on the college’s staff.

A graduate of the University of Connecticut, she had served as a WAVE, women’s unit of the U.S. Navy during World War II. She then attended a business school in New York City.

Marston also taught at Western College for Women and Miami University of Ohio before the couple moved to Northfield in 1965 soon after the death of his father.

Marston began work at Northfield’s public library in 1968 with the title of assistant librarian. In addition to duties at the public service desk, he was given the responsibility of putting into order the historical material that had been stored in various parts of the library basement. He soon realized that the library had a collection of great significance as he worked with books, periodicals, letters, journals, photographs, directories, census records, scrapbooks and collections concerning Northfield history that had been left to the library by various individuals.

In 1985, Marston and Dorothy were among the senior citizens saluted on July Fourth, long an annual feature of that holiday. In 1994, the couple was honored by Community National Bank as recipients of the annual Hometown Spirit Award.

In 1988, the Headleys and his mother gave the large family home at 815 E. Second St. to Carleton in behalf of Marston’s class of 1938. Marston and Dorothy moved to a smaller house next door.

Marston was a founder of the Northfield Historical Society and later served as president and treasurer. He served on Northfield’s Heritage Preservation Commission and on the group restoring the Veblen Homestead.

He was a long-time member of the Rotary Club, served as its president and edited the club’s weekly bulletin. Both he and Dorothy worked with Meals on Wheels.

Marston was a life-long member of the First United Church of Christ. He belonged to the Northfield Arts Guild. He worked with Project SIGHT (a teen pregnancy prevention group), Project Friendship, Northfield Human Relations Council that became the Community Action Center, the Hospital Auxiliary and Head Start.

Dorothy worked with Church Women United at local, state and national levels and was state president 1979-1983.

Her fight with breast cancer began in 1991, curtailing her activities, especially after the cancer spread to her lungs. She received hospice care and died at home on Thanksgiving Day in 1996.