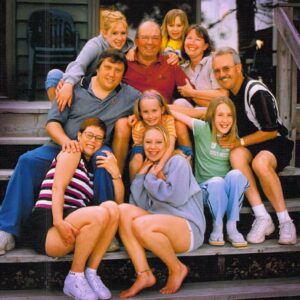 Bill Clifford was born in 1941 and grew up on a family farm outside of Northfield. He moved around in his early adult years, but came back to Northfield in 1972. This was the community in which he wanted to raise his family and begin his career as a businessman and entrepreneur. Bill achieved a great deal of success and was always generous with his time and resources. He believed in individuals and their potential and mentored many young people.

Bill enjoyed celebrating life with others. Nobody was a stranger for long. A positive attitude was a key quality of Bill’s that drew people to him. His motto was “every adversity is a seed for greater or equal benefit.” He could find something positive even in tough times.

Bill wanted to share his success and established the Clifford Family Foundation in 2007 involving his children and grandchildren in philanthropy. When he passed away in 2012, a friend of his said, “I can visualize him serving on one of God’s committees, brainstorming on how God could make this world a better place.” Because of Bill’s foresight, through a Northfield Shares legacy fund focusing on helping young people succeed, he will be making the community he loved a better place for a long time to come.

Through January 2020, the Bill Clifford Family Legacy Fund has granted over $30,000 to the Northfield community.  Thank you, Bill and family!